3 hours. € 220,00 Entrance tickets to Arena and Roman Theatre are not included.

Roman Verona is a guided tour where are included the most significant points of the ancient Verona which became roman municipality in 49 B.C. We begin our walking tour in Piazza Bra (wide) dominated by the best kept amphitheatre of the world: the Arena I A.D. The building it’s a clear sign of the importance of ancient Verona, as it could hold more than 30,000 spectators. Today, in summer time, it’s the  seat of  a lyric season opera.

Where the cardo and the decumanus met: the Roman forum 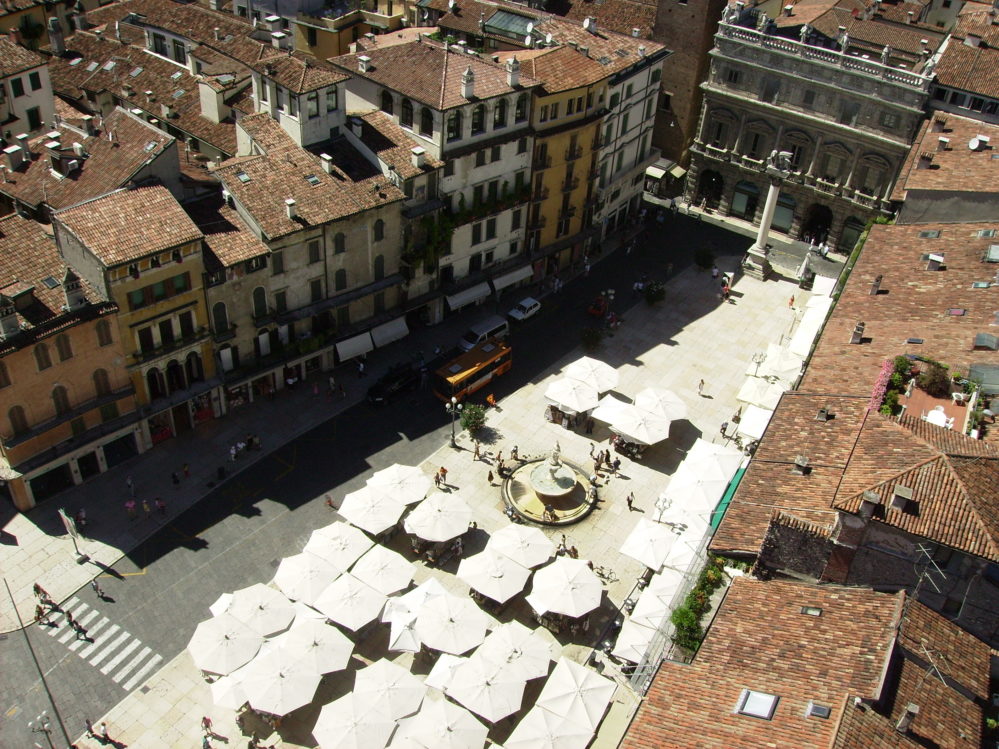 Those two street ended up in the forum  the presentday Piazza Erbe, the center of political, civilian economic and religious life.

The colorful fruit and vegetable market has stood here for more than two thousand years, surrounded by late medieval   frescoed buildings. The whole area around Piazza Erbe, standing 4 metres higher than the roman level, is a wealth of remains of roman pavemant, all easily seen in the nearby courtyards and squares.

By the river Adige near the Roman Theatre

Crossing the river Adige through the roman bridge known as Ponte Pietra, you will be taken to the Roman Theatre: archeological researches and restauration works, started in the XVIII century, have brought to light one of the most interesting archeological area of the very early Imperial period.