The story of Romeo and Juliet  which imaginatively but not unrealistically mirrors a time of inter-family strife in the XIV century in Verona, as suggested by the over 200 tower-houses built by that time, combines with the affection of the Veronese and lovers worldwide to form a suggestive itinerary starting from  the medieval wall where it’s written: 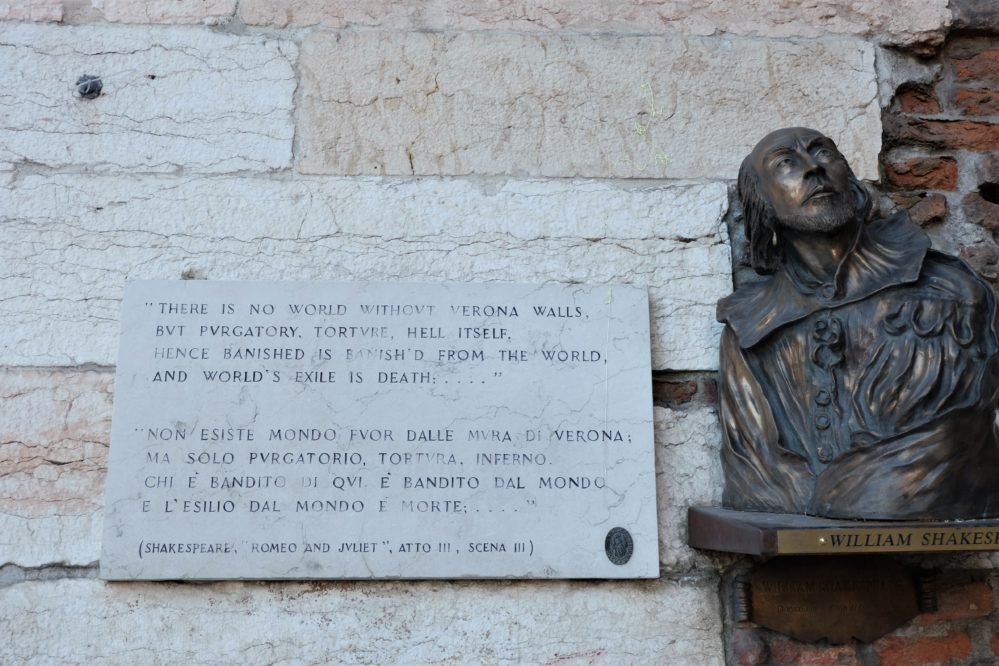 There is no world withouth Verona walls,
But purgatory, torture, hell itself,
Hence banished is banish’d from the world,
and world’s exile is death…
(William Shakespeare, “Romeo und Julia”)

On the footsteps of Romeo and Juliet

In this tour you’ll be taken through the places where the tragedy took place: the palace of the Prince, the colorful market square of Piazza Erbe, Romeo’s house, Juliet’s house, the Lamberti Tower, Juliet’s tomb in the ancient convent of the Capuchins outside the town walls; here, in a suggestive cell, lies an open and empty sarcophagus in red marble – the symbol of tragedy.

A romantic-historical walk, on the footsteps of Romeo and Juliet. It’s the tragic story of the two young lovers of Verona, who lived during the reign of the Scala Family. It was told by Luigi da Porto, by Brooke and then in 1594 transformed by Shakespeare into a literary masterpeace. Walk with us through the narrow Medieval streets of Verona where the two lovers lived and loved…discover the most romantic city you have ever been…