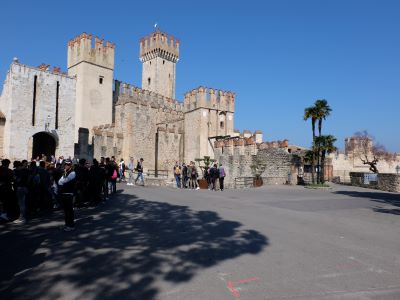 Sirmione on Lake Garda is known in the ancient world for being a mansio, i.e. a resting station between two places that were difficult to reach in a single day’s journey along the Via Gallica.

The mansio of Sirmione, was situated exactly halfway between Brescia and Verona. This, according to the Itinerararium Antonini Augusti, a road map from the beginning of the 3rd century AD.

Sirmione must have made considerable use of the waterways of Lake Garda too. The waterways were mainly used for commercial purposes. And connected the lake with the northern regions. While the Mincio river made the connection to the Po river and the Po valley.

This strategic area of Lake Garda also has a thermal spring source already in use in Roman times. It is well known that the Romans had a strong interest in thermal waters.

In 774 Charlemagne donated the entire peninsula of Sirmione to the convent of St Martin of Tours. Later, under the Scaliger’s government followed the restauration of the fortress. It is a real fortress, not a residential building. It is completely surrounded by water. The only connections with the mainland are two bridges. 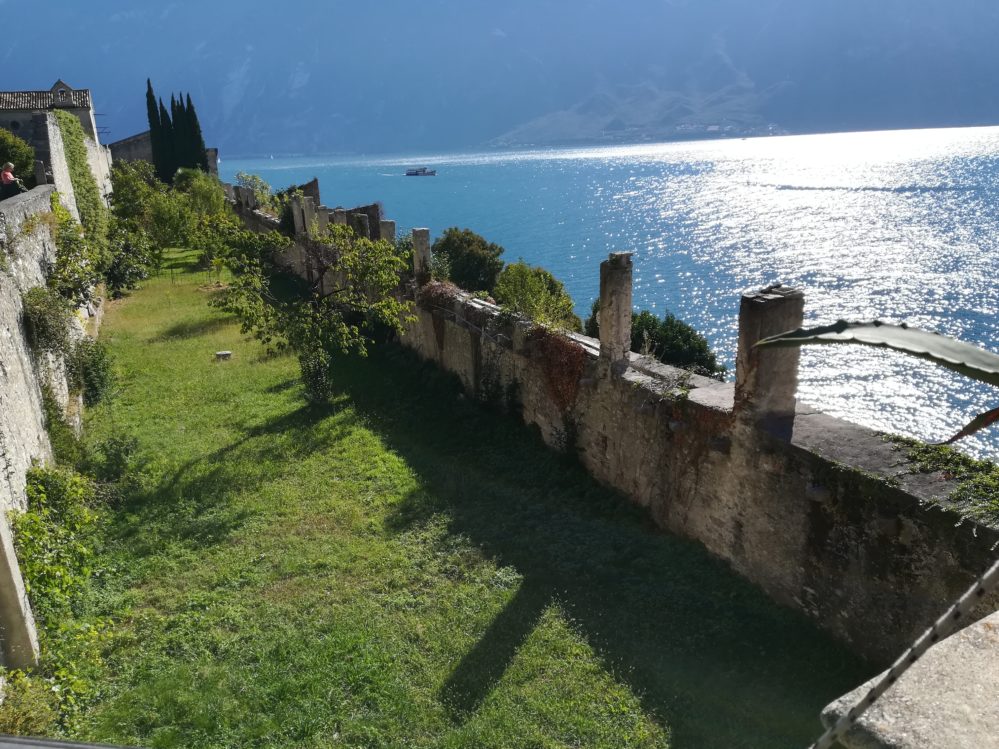 Ancient Sirmione covers three major areas: the hill of Cortine, the hill of San Pietro in Mavino, and the archaeological area of the Grottoes of Catullus

The guided tour of Sirmione on Lake Garda covers the three areas. It starts in Piazza Castello by the 13th century Scaliger fortress. And continues to the archaeological area of the Roman villa known as the Grottoes of Catullus. With a short walk you reach the beautiful and ancient church of San Pietro in Mavino reopened to the public after a long restoration. The tour of Sirmione ends in Piazza Castello.

Groups wishing to enter the Castle or the Grottoes of Catullus should book their tickets in advance. Guided tours at Sirmione on Lake Garda and more info: