Padua, a city of legendary origin 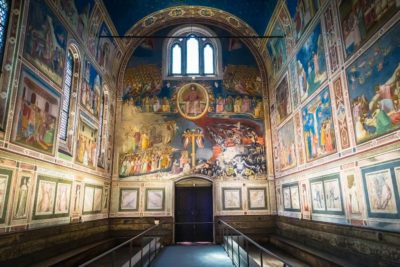 Padua has kept intact to these days the signs of its glorious past. An example? The Scrovegni Chapel painted by Giotto, the greatest painter of the Middle Ages. But Giotto was not the only great artist in Padova. Following him, other renowned painters produced frescos for the city, with the result that in Padova there is the greatest concentration of fresco cycles in all of Europe.

Architectural and artistic treasures abound in public buildings as Palazzo della Ragione, and in the churches of Padua. From the Basilica of Saint Anthony with its exquisite fusion of styles, to the Baptistry of the Duomo entirely frescoed by Giusto de’ Menabuoi.

Padova is an University city. The Bo Palace 1222, is the site of the over seven century old university. Here there is the anatomy theatre, the desk of Galileo, the Aula Magna, and ancient courtyard. All impresses upon us the importance of the scientific and artistic tradition of the “learned” Padua. Again in the scientific tradition the Botanic Gardens established in 1545. 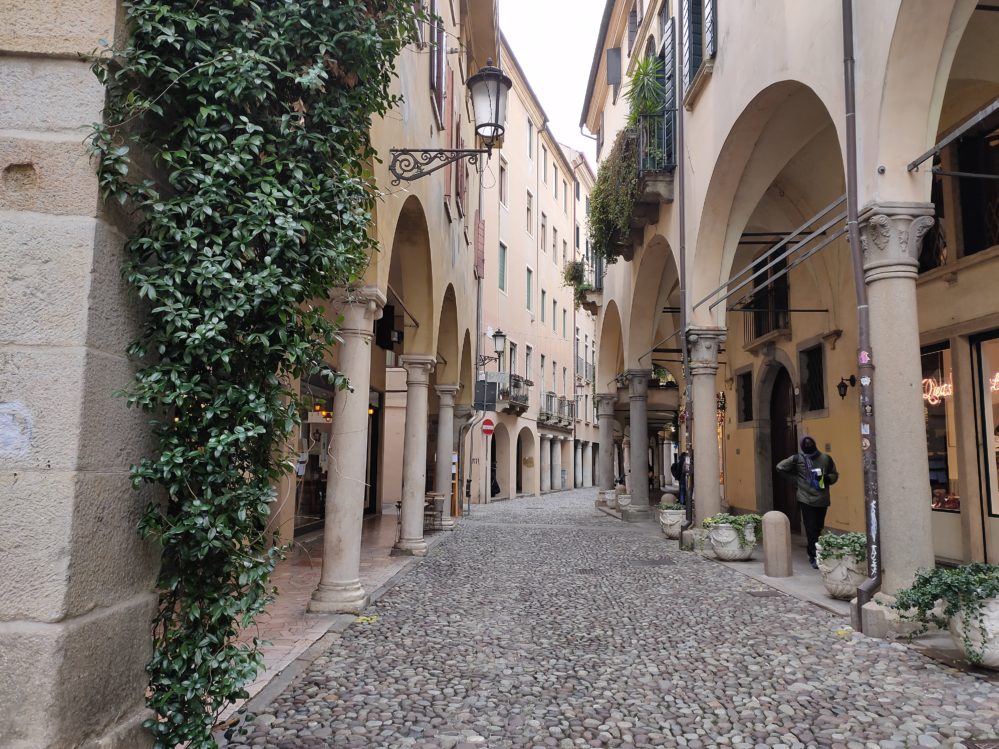 Not far away from Piazza Erbe there is the ancient Jewish Ghetto of Padua. In the 15th and 16th century, the Jews fleeing persecution from Spain, Portugal and northern Europe also settled here, creating one of the most diverse and interesting Italian ghettos, still intact today.

The outlying province includes the green slopes of the Euganei Hills, whose small towns host precious examples of ancient architecture. An example is Arquà. And a number of quiet monasteries, such as the Abbey of Praglia, one of the most striking monastic complex  in the Veneto area.

At the foot of the Euganei Hills we find towns of paleovenitian origins: Este and Montagnana. Montagnana amazes visitors because of the imposing beauty of its 13th century walls, a lenghty structure which transports us into an atmosphere autentically medieval.

Similar amazement is prompted by Cittadella, an interesting fortified town build in early 13th century. In the plain, on an isolated cone shaped rock there is Monselice, a site of singular scenic and historic attraction.

Among the many villas in the province of Padua the Villa dei Vescovi 15th century by Falconetto, Villa Contarini 16th century in Piazzola sul Brenta, Villa Emo Capodilista 16th century by Varotari.

You can comfortably, at the time of day you prefer and in complete autonomy follow with the audio tour a visit of Padua. Here some more information and enjoy your visit!